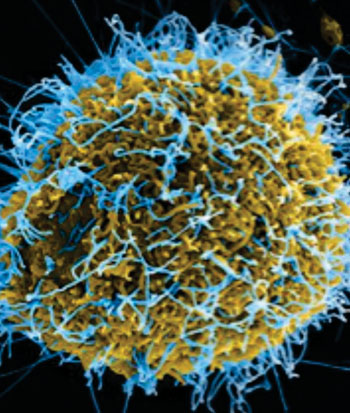 During the development of ViroCap the investigators submitted consolidated target sequences to 454 Roche NimbleGen (Madison, WI, USA) for capture library design and 454 synthesis. This computational approach condensed nearly one billion base pairs (bps) of viral reference sequence into less than 200 million bps of unique, representative sequence suitable for targeted sequence capture. These sequences were used as probes to scoop up viruses in patient samples that were a genetic match. The matched viral material was analyzed using high-throughput genetic sequencing.The investigators used ViroCap to analyze two sets of samples, one derived from samples submitted to a diagnostic virology laboratory and one derived from samples collected in a study of fever in children. They reported detecting 14 and 18 viruses in the two sets, respectively, comprising 19 genera from 10 families. Compared to standard genomics-based detection methods, 52% more viruses were found by the ViroCap method.

“With this test, you do not have to know what you are looking for,” said senior author, Dr. Gregory Storch, professor of pediatrics at Washington University School of Medicine. “It casts a broad net and can efficiently detect viruses that are present at very low levels. We think the test will be especially useful in situations where a diagnosis remains elusive after standard testing or in situations in which the cause of a disease outbreak is unknown.”Details were published in the September 22, 2015, online edition of the journal Genome Research.