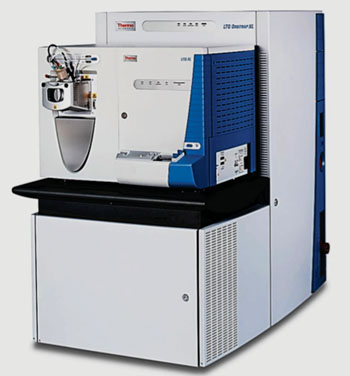 Proprietary protein technology has enabled the detection and quantification of very low abundant disease-related proteins in body fluids that are undetectable by other methodologies.

This technology has provides two advantages: direct evidence of fluid proteins at the site of the disease and higher sensitivity for tissue leakage proteins that are the most powerful biomarkers. One of the most striking results was the ability to detect and quantify over 40 phosphorylated peptides from tau protein in human cerebrospinal fluid (CSF) using mass spectrometry.

Proteins released into body fluids by diseased tissue are the most relevant biomarkers but dilution means they are present at very low levels. Standard discovery proteomics in body fluids has relatively poor sensitivity and many tissue-derived proteins are not surveyed. Consequently, most biomarker panels comprise acute-phase reactant proteins, chemokines and cytokines that often lack specificity.

Proteome Sciences plc (Cobham, UK) have recently presented some of their products that can be used to find Alzheimer’s disease (AD) biomarkers. Data using their TMTcalibrator with a novel mass spectrometry method gave the most comprehensive profile of low abundant tau peptides and phosphopeptides in CSF as well as discover rare microglial derived proteins in CSF. Measuring the phosphorylation status of CSF tau may provide new diagnostic, prognostic and surrogate biomarkers of drug response for AD.

Another Proteome Sciences’ innovation is the combining of TMT10plex labeling with the fastest, Orbitrap-based mass spectrometer (Thermo Scientific; Waltham, MA, USA), and SysQuant provides the most comprehensive analysis of protein activity across regulatory and signaling pathways. Application of SysQuant, a global phosphoproteomic profiling workflow, to tissues and cells enables the identification of new targets and candidate biomarkers for early diagnosis, drug selection and monitoring of treatment outcomes.

Henrik Zetterberg, MD, PhD, a professor at the University of Gothenburg (Sweden) and coauthor of the studies, said, “I am extremely impressed with the breadth of coverage and depth of protein concentrations that can now be mined using the SysQuant and TMTcalibrator technologies. The data sets generated are providing new insights into the disease processes operating during the evolution of this devastating disease and most importantly enabling us to find accessible fluid biomarkers which should allow us to detect Alzheimer's disease earlier and monitor the effectiveness of treatment.” The studies were presented at the Alzheimer's Association International Conference, held July 18–23, 2015, in Toronto (ON, Canada).